Council has adopted The Gully Plan of Management (PoM) following public exhibition of the draft plan, and the public hearing for the proposed recategorisation of land.

This includes the proposal to recategorise the Catalina race track from Sportsground to Natural Area.

"This Plan of Management for the Gully Aboriginal Place heralds a new and significant chapter in the history of this important place," Mayor, Cr Mark Greenhill said. "It has come after extensive community consultation, including Council working closely with Traditional Owners.

"I'd like to thank everyone who took part in shaping the future of this place, which will ensure that its history and significance for Traditional Owners is honoured."

The Gully was declared an Aboriginal Place in 2002 under the National Parks and Wildlife Act 1974, due to its significant pre-contact Aboriginal sites, post contact settlements and its ongoing occupation by Aboriginal people until their forced eviction in 1957.

The Gully also holds historical importance to the non-Aboriginal former residents and their descendants and both the Aboriginal and non-Aboriginal community appreciate its cultural, natural and heritage value and significance.

The changes to community land categorisation required a public hearing under local government legislation. The primary land category change was recategorisation of the existing Sportsground category over the racetrack to the Natural Area category. The reason for this proposed change was that, as an Aboriginal Place, the primary focus of site use should be on cultural practice and passive recreation, rather than sports. Although the race track is now categorised as Natural Area, the PoM does not propose the removal of the race track, and it will be maintained for passive recreation purposes.

All aspects of the preparation of The Gully PoM, including the community consultation process leading up to the draft, the public exhibition process and the public hearing process, have been agreed to through the Gully Cooperative Management Committee (GCMC). 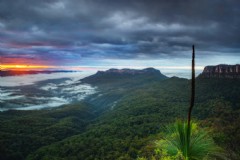 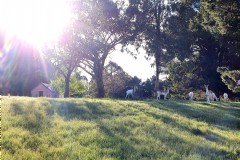