Calling on Mountains Musos and Residents to Save Our Marine Parks “Last month, in the middle of all the leadership shenanigans, the Federal Government effectively cut the area of highly protected Commonwealth Marine Parks in half,” Ms Templeman said.

“That is the largest removal of area from conservation in world history.

“A Labor Government would reverse that decision, restoring the original 2012 Marine Park Network in full.

“Blue Mountains residents understand all too well the importance of protecting and conserving our natural environment – whether its land or ocean based,” she said.

“Although we’re a long way from the ocean, we’ve shown time and again that we’re prepared to stand up for our coastal areas as well."

“One of the ways we can do that is through music,” she said.  “Many Australian and international artists – including Cold Chisel, Midnight Oil and the Hoodoo Gurus - have put their support behind the ‘Save the Marine Parks’ campaign, wearing the campaign t-shirt at their gigs,” she said. “I’d love to see Blue Mountains musicians and the community join them."

“This latest Federal Government decision means the largest area in the world limited to recreational fishing is now being accessed by commercial operators.

“Alarmingly, the Government has now established a massive trawling area immediately next to the Great Barrier Reef.  Longlining will now also be permitted north to south through the Coral Sea.”

Ms Templeman said the Government’s decision is bad for the Reef and bad for recreational fishers around Australia, particularly in regional Queensland.

“Labor’s commitment to restore the original 2012 Marine Park Network in full includes an adjustment package for commercial fishers, and will still allow recreational fishing in 96 percent of Commonwealth waters within 100km of the shore,” she said. “This means it does not affect the coastline or state waters."

“The Government has ignored the original plans for our Marine Parks. These were subject to more than three years and six rounds of consultation, over 245 public and stakeholder meetings which were attended by over 2000 people, 210 public comment days and considered almost three-quarters of a million public submissions.”

The commitment to bring back the Marine Parks builds on a series of Labor policies on the ocean, including the Super Trawler Ban announced in July 2018.

Musicians interested in supporting the Save the Marine Parks campaign can email: musosupport@themarineparks.com.au or go to Facebook Page below. 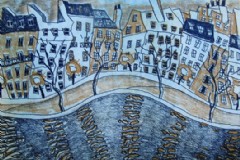 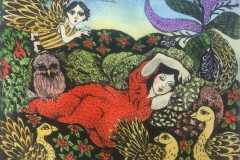