When Deputy Prime Minister Michael McCormack announced the $100 million Regional Recovery Partnerships last month, he said the areas were chosen “because they are regions whose economies have experienced the brunt of natural events such as bushfires”.

Yet some of the worst-affected regions, like the Eurobodalla, where nearly 800 homes were destroyed or severely damaged, the Bega Valley (nearly 600 homes), and the Shoalhaven (more than 450 homes) haven’t made the cut.

Snowy Valleys (240 homes destroyed or severely impacted) and Queanbeyan–Palerang (almost 80 homes) have also both been overlooked.

The Blue Mountains and Hawkesbury, which suffered a combined $100 million impact to their economies from the bushfires, aren’t on the list.

We now know the Morrison Government didn’t even bother to consult the National Bushfire Recovery Agency – its own agency – about which areas should be included.

When asked during Senate Estimates on Tuesday, the National Bushfire Recovery Agency said it wasn’t asked to consult on eligibility, and was at a loss to explain why key regions had missed out.

Once again the Morrison Government has chosen to ignore the experts.

Once again, it’s all about the photo op and not about the follow up.

Quotes attributable to Susan Templeman, Member for Macquarie (who lost her home to a bushfire in 2013) –

“The Blue Mountains took a $66 million hit to its economy and the Hawkesbury $33 million from bushfires alone. That was all in the space of a couple of months, on the back of drought, yet neither of these areas were chosen to be part of this $100 million fund.

So you’ve really got to question; how is this Deputy Prime Minister choosing these regions? What’s the criteria? My local tourism industry want to know why the Blue Mountains and Hawkesbury have missed out.”

“The Government’s excuses and buck passing on why the South Coast has missed out on this funding program are nothing short of appalling. There is no doubt that our community has been one of the hardest hit by drought, bushfire and flood this year and the Government simply must reverse this decision now.

This is yet another example of the Government leaving our community behind, along with the rest of the budget where the South Coast has largely missed out altogether.

I have raised my concerns directly with the Deputy Prime Minister and I will continue to fight on behalf of local people to ensure we get the support we need in our recovery.”

“The trauma of this experience for our communities is real and deep and continues to be compounded by the cold heart of the Morrison Government.

To not consult with the very agency set up to support and manage renewal and recovery defies logic and sows division at a time when people need to have confidence in our leaders. 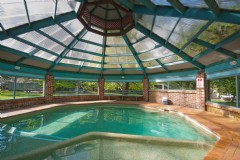