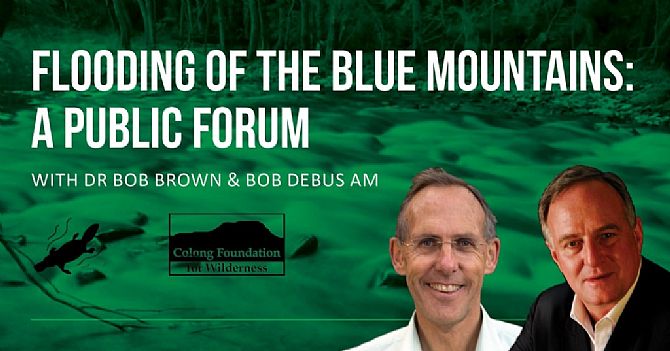 The Colong Foundation for Wilderness will be launching its Wild Rivers Campaign in the Blue Mountains on Monday 26th March. Dr Bob Brown and Bob Debus AM have thrown their support behind the conservation group’s push to save 65 kilometres of World Heritage Listed wild rivers from the proposed raising of Warragamba Dam wall.

Wild Rivers Campaign Manager, Harry Burkitt, said he was excited to have the two environmental greats at the launch of the campaign.

“The two Bob’s have contributed huge amounts to the protection of Australia’s environment, and it will be a pleasure to have them both in conversation on saving Sydney’s wild rivers from this environmentally disastrous dam project.

“Bob Debus quashed the same proposal back in 1995 when he was Environment Minister, and Bob Brown led the national campaign to save the Franklin River in the in the early 1980s - we really couldn’t be in better company on the night.”

“There would be over 65 kilometres of wild rivers and 4,700 hectares of Blue Mountains National Parks submerged and scarred under the equivalent of two Sydney Harbours if the dam wall was raised – that’s twice the length of the Franklin River that was under threat in the 1980s.

“The NSW Government seem to think they can destroy Australia’s ancient World Heritage landscapes to justify squeezing masses of new urban-sprawl across western Sydney floodplains. It just doesn’t stack up.”

“If the dam raising were to go ahead it would be an international environmental disgrace to Australia. Thousands of hectares of declared World Heritage Area would be submerged, buried in mud and destroyed forever.” 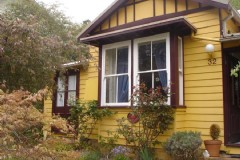 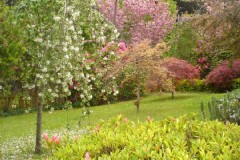