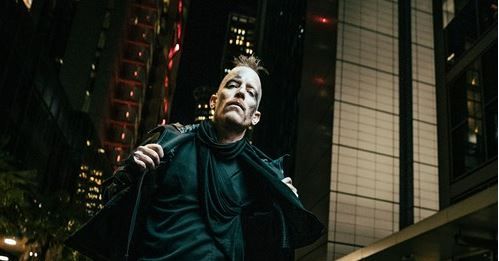 During these uncertain times it's nice to return home and do things that wouldn't have been possible any other year. Urthboy will perform an intimate show near his old stomping ground in the Blue Mountains with a full live band.

Playing songs from across his epic catalogue, from 'We Get Around' to 'Long Loud Hours', it'll be the first and only time to see and hear these songs like this.

Urthboy (Tim Levinson) is an award-winning hip hop artist from Sydney, Australia, who recently released a new single ‘The Night Took You’, unveiling a new sound that illuminates what’s ahead from Urthboy's new project.

As a member of hip hop group The Herd for many years, Urthboy released his first solo album in 2004 and hasn’t slowed down since.  He has received great acclaim both from a widespread audience as well as critically over the course of his career, with awards and nominations across ARIA, AIR, Rolling Stone, Triple J, as well as being nominated 3 times for the prestigious Australian Music Prize.