Blue Mountains Mayor Mark Greenhill is advocating for a subsidy for residents whose rates may go up, due to an increase in land values determined by the Valuer General NSW.

Mayor Mark Greenhill has lodged a Mayoral Minute for the next Council meeting, asking that the NSW Government subsidise those whose rates go up, while preserving any planned decreases, given multiple recent disasters.

State Government land valuations do not involve Council and result in no extra revenue to Council.

“This recognises the role of State Government in directly supporting communities like ours, recovering from multiple disasters,” he said. “It also recognises the need to preserve Council revenue so that we can continue to support our community.”

Mayor Greenhill has already written to the Valuer General NSW to advocate for a delay in the land values increase that will negatively impact local ratepayers.

“Increasing rates should not proceed while the Blue Mountains community is still reeling from the impact of the unprecedented bush fires, and flood damage over the summer, and now the effects of COVID-19,” he said.

“The main impact range of land value increases is the mid to upper Blue Mountains, from Faulconbridge to Mount Victoria. And the majority of those affected are in Blackheath, Katoomba and Leura. These upper mountains residents and businesses, in particular, have been impacted by the recent bush fires.

“While the majority of impacts will be felt in this area, residents in the lower Blue Mountains are also likely to see increases to their rates as a result of the new land valuations.

“Since the 2019 valuations (which were conducted in July 2019) the impact of COVID-19 on the community and local economy, piled on top of the bush fire impacts, have already been absolutely devastating. Many residents have lost their jobs or had their incomes significantly reduced, and many local businesses have had to close their doors or had their incomes severely reduced.

“The Council and I remain committed to supporting our community through COVID-19 and working with other levels of government and key agencies to address the significant impacts on the City of Blue Mountains.

“And in this case, we’re asking for compassion and fairness. Increasing rates at this time is an additional burden on residents, that many simply cannot bear.” 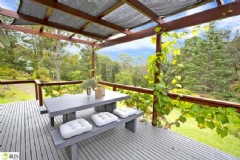