The Blue Mountains was the inspiration for the design plans for the Western Sydney Airport terminal unveiled this week.

“While the Blue Mountains was present in the terminal design plans, the plans for the new airport’s flight paths were conspicuously absent,” Blue Mountains Mayor Mark Greenhill said.

“I’m really offended when the community I represent is being given shiny terminals and a visitor information centre – everything, but what they really want, the flight paths.”

The design shows an undulating roofline reflective of the mountain ranges.

At the launch of the concepts, David Holm of COX Architecture said the design would allow travellers to feel how it is to “walk underneath an Australian forest”.

Alan Tudge, Minister for Population, Cities and Urban Infrastructure, said it would be several more years before draft flight plans would be made public.

“It’s inexplicable that they could release flight paths in 2015 but they can’t do it in 2019,” Cr Greenhill said.

“It’s hard to see, with the airport space architecture for Richmond, Bankstown and Kingsford-Smith, how the planes won’t be funnelled over the Blue Mountains.

“I can’t help thinking it’s advantageous to the Government that the flight paths won’t be released until it’s almost all too late. My fear is the airport will be done and dusted before we see the flight paths and they’ll say it’s too late for us.

“The Blue Mountains is a UNESCO World Heritage Area that 5 million tourists visit each year. It’s the home of many rare and endangered species. It’s a wonderland to visit and the visitors come for the peace and tranquillity.” 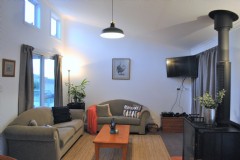 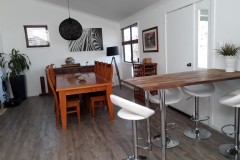