Blue Mountains City Council has been recognised on the national stage, with its Carbon Revolving Reserve (CRR) project selected as a finalist in the 2019 Cities Power Partnership Awards.

The CRR project was selected from a competitive field of entries from councils across Australia for the national awards, which recognise outstanding achievement by local governments in the fields of renewable energy, sustainable transport, energy efficiency, community engagement and climate advocacy.

Director of the Cities Power Partnership, David Craven, congratulated Council for making the final shortlist for the awards, saying that the range and quality of entries showed the extent to which local governments are becoming a vital part of Australia’s climate solution.

“Blue Mountains City Council is an Australian local climate leader, and I’m proud to be able to recognise the important work they’re doing through the Cities Power Partnership Awards,” he said.

“Local champions such as Blue Mountains Council are stepping up to the climate challenge in the face of continuing Federal climate inaction. It’s time to celebrate these unsung climate heroes in local government, who are helping their communities to drive down local greenhouse gas pollution.”

“Our Carbon Revolving Reserve is an important step in our journey to becoming a net zero carbon organisation. This Project is a cost effective way of reducing emissions because it will ultimately pay for itself.”

One of the most significant benefits of Council’s CRR is that it not only implements actions to reduce carbon emissions, it channels any savings back into the project, providing an ongoing funding source, and allowing Council to adopt a Carbon Abatement Action Plan (CAAP).

Since it started in 2017, the CRR has been instrumental in delivering a 22% reduction in organisational emissions, exceeding the initial five year target of 20%.

The CRR has committed over $1.6 million in funding that will see the majority of Council’s lighting move to LEDs, 53% of all street lighting converted to LED and the installation of 290kW of rooftop solar. The projects will generate over $300,000 of electricity and fuel savings per year, enabling a further $1.5 million of investment in carbon reduction initiatives over the next five years.

The winners will be announced at the Cities Power Partnership's second birthday celebration on Thursday, 29 August in Sydney. 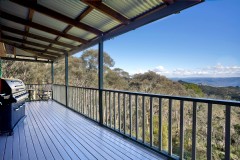