Art Borne From the Night Skies! 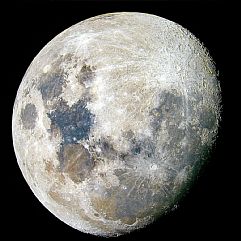 28 Mar 2018 Backyard The Moon
The universe is commonly described as beautiful by astronomers and gazed upon in wonder by many. From the smallest subatomic particles to the largest clusters of galaxies, the universe is both a hostile and beautiful masterpiece.

Hostile, the next instalment of Curious, Art & Discovery, showcases extraordinary images by local amateur astronomers, selected (and commented upon) by astronomer, Dr Ain de Horta, and astronomy educator, Raelene Sommer, from the Western Sydney University Penrith Observatory. The wondrous back lit images of the Moon, the Sun, Tarantula Nebula, the Milky Way and the Carina Nebula are mounted on cylindrical plinths and accompanied by captions to gain a tangible sense of cosmic and geologic?time, distance and scale and a clearer understanding to the mysteries of deep space.

Amateur astronomers record images of astronomical objects and events in our sky, painstakingly tweaking them digitally until the perfect image is achieved. It is an art borne from a fascination of the night sky and the beauty in our universe and images will be on display at The Joan.

Unlike professional astronomers, scientific research is not typically the aim of amateur astronomers. However, the images they create are publishable contributions to the science of astronomy. The commitment and passion of amateur astronomers is at the heart of Citizen Science, enabling us to better understand the universe in which we live. Amateur astronomers monitor stars and occulations, have discovered transient objects, such as comets, galactic novae or supernovae in other galaxies.

Just last week, the Australian audience of Stargazing Live 2018, where over 40,000 stargazers participated, two Type Ia supernovae were confirmed and the age of the cosmos, albeit slightly, was revised.

Curious? Head to The Joan and gaze in wonder at the majesty of the skies. Use the touch pad to do some star gazing of your own and create a constellation of your own imagination with the star dot-to-dot! 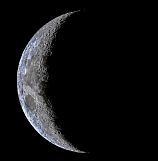 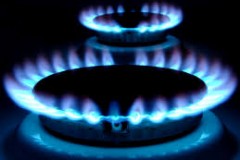