A Grand Affair at The Joan! Eight Grands: An Orchestra of Pianos 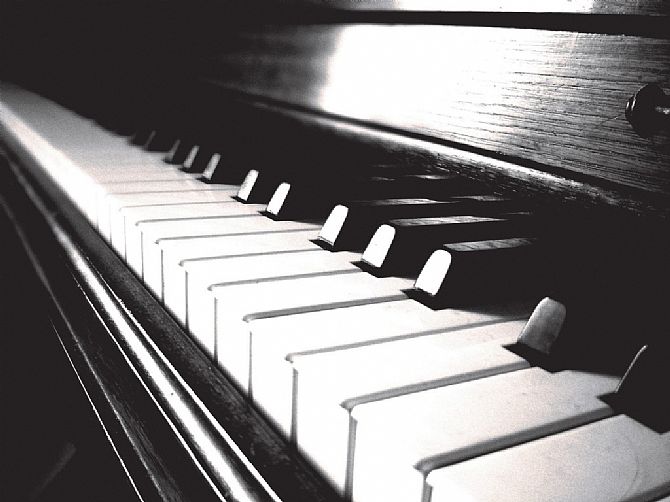 The Joan Sutherland Performing Arts Centre is preparing for a piano spectacular of rarely seen magnitude. On 18 August the majestic Concert Hall stage will hold not one, not two or three – but EIGHT - grand pianos.

Helmed by some of Australia’s most acclaimed musicians, this is a rare treat, and a marvellous opportunity to showcase part of The Joan’s impressive collection of 33 pianos. The collection includes eight grands of various sizes - the showpiece being the “Rolls Royce of pianos”, the Imperial Bösendorfer, handcrafted in Austria, and the largest of all concert grand pianos, favoured by artists world-wide, both classical and contemporary, including musicians such as Tori Amos.

The Joan’s Music Producer, Valda Silvy, has been building toward this moment, after programming the sell-out Six Grands concert in 2015; as well as commissioning La Stupenda, an operatic event in Dame Joan Sutherland’s memory, created by Elena Kats-Chernin and performed by a host of national and international talent.

The team at The Joan will be working around the clock in the lead-up to the performance, ensuring the monumental list of logistics are checked off, including hours of painstaking tuning once the pianos are in place. The stage has been triple-checked to ensure it can take the combined weight of eight grand pianos – a total of over 3200 kilograms. The eight pianos are worth a grand total of over half a million dollars - but they will create a priceless experience for ticket holders, with a program that reads like classical music’s greatest hits for a passionate – and lucky - audience.

Tamara-Anna Cislowska is one of Australia’s most acclaimed and recognised pianists, performing as soloist and recitalist throughout Australia and internationally to critical and public acclaim. Tamara has won international prizes in London, Italy and Greece, including the Rovere d’Oro, and in Australia, ABC Young Performer of the Year, Freedman Fellowship, an Art Music Award for ‘Performance of the Year’ (ACT) and the 2015 ARIA for 'Best Classical Album' with her landmark recording of the complete piano works of Peter Sculthorpe. With a string of no.1 albums – Butterflying, Unsent Love Letters (also available on Deutsche Grammophon) and most recently, Into Silence – Tamara also broadcasts weekly for ABC Classic FM with DUET.

Elena Kats-Chernin is one of Australia’s foremost composers working today, having reached millions of listeners worldwide through her prolific catalogue of works for theatre, ballet, orchestra, and chamber ensemble. Widely acknowledged and awarded around the world, Elena Kats-Chernin's colourful, vibrant and uplifting music featured at the opening ceremonies of the 2000 Sydney Olympic Games and 2003 Rugby World Cup, and 2018 Commonwealth Games closing ceremony. Awards for her work include Helpmann, Limelight, Sounds Australian, and Sydney Theatre Awards and an Individual Sidney Myer Performing Arts Award (2013).

Valerie Forbes-Mavridis has performed as soloist with the Sydney Symphony Orchestra, is a two-time winner of the state finals in the ABC Instrumental and Vocal Competition, and received a Mo Award as soloist and musical director of the 4-member group, Black Tie.

Michael Kieran Harvey is one of the foremost interpreters of contemporary piano music of his generation. A champion of Australian music and himself a composer, he regularly commissions new Australian music and has performed with Australia's leading contemporary music ensembles and orchestras. Harvey’s awards include the Grand Prix in the Ivo Pogorelich Competition, USA (1993), the Debussy Medal, Paris (1986), the Australian government’s Centenary Medal (2002) and the 2009 APRA award for Distinguished Services to Australian Music.

Stepahnie McCallum has enjoyed an international career of over 25 years, appearing on over 40 CDs – 17 of them solo – and in hundreds of live solo and concerto performances. A noted exponent of contemporary music, Stephanie was a founding member of contemporary ensembles AustraLYSIS and Sydney Alpha Ensemble. She has performed with such groups as the Australian Chamber Orchestra, ELISION and The Australia Ensemble.

Ian Munro is one of Australia’s leading pianists with a career that has taken him to thirty countries, performing with leading orchestras in Europe, Asia, North America and Australasia. As a composer, Ian is the only Australian to have been awarded the Premier Grand Prix at the Queen Elisabeth Competition for Composers (2003) and was in 2011 the Featured Composer for Musica Viva Australia.

Neal Peres da Costa is an ARIA winning artist, Neal has an extensive discography and regularly performs, and gives lectures and master classes around the world. Recent notable performances include Bach’s Goldberg Variations, and Brahms’s Op. 25 Piano Quartet and Op. 34 Piano Quintet with Ironwood—the Australian-based ensemble with which he is undertaking cutting-edge research in late-nineteenth-century performance.

Gabriella Smart received a Churchill Fellowship in 2010, and a Helpmann Award for performance and curation in 2009. She is Artistic Director of Soundstream Collective, the University of Adelaide’s New Music Ensemble-in-Residence, and the Soundstream: Adelaide New Music Festival.

Eight Grands: An Orchestra of Pianos 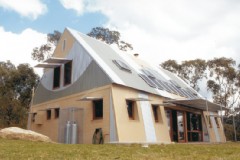 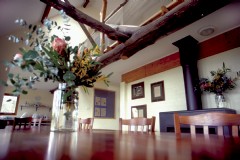