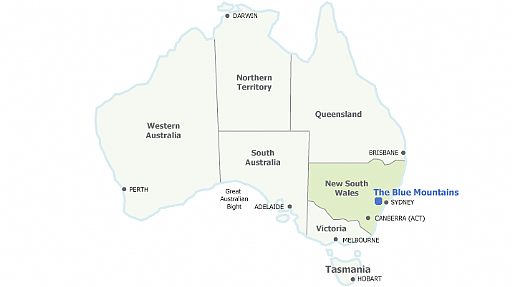 NSW is situated in Australia's South-East and is the most populated state in Australia with over 7.8 million people as of 2017. The capital of New South Wales, Sydney was the host city of the 2000 Olympic Games. Major Attractions in Sydney include the Sydney Harbour Bridge, Darling Harbour, the Opera House and FOX Studios.

To the west of Sydney the foot of the Blue Mountains is less than an hour from Sydney either by train or car.

The Blue Mountains covers an area of around 1436 square kilometres.

The Blue Mountains is surrounded by several areas which also provide a vast array of tourist attractions and places of interest.

Several days are required to experience the whole region!

Click on a town below to view information for each town. 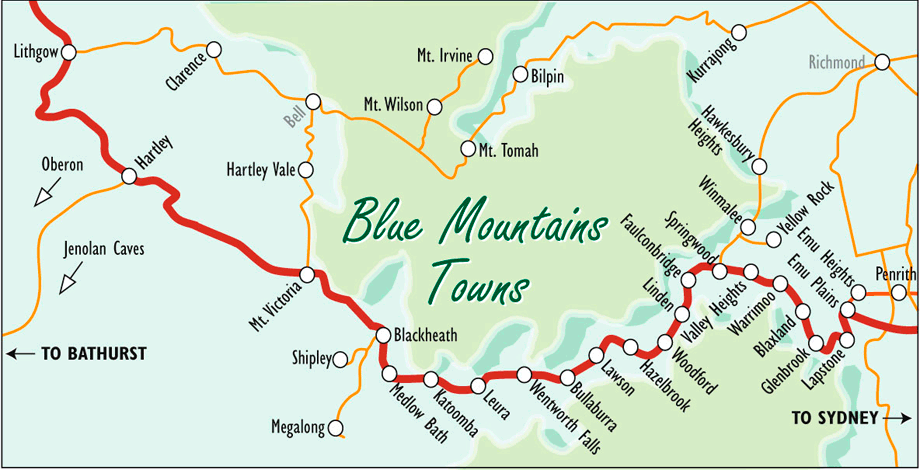