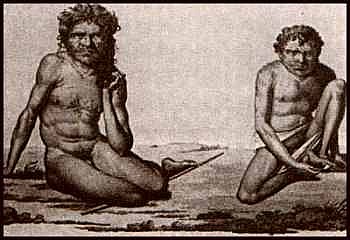 Blaxland is 62km from Sydney on the Great Western Highway, which is the main road west across the Blue Mountains.

Blaxland was first inhabited by the Oryang/Aurang Clan of the Darug tribe of Australian Aboriginals. These people occupied the lower Blue Mountains area for 40,000 years or more. The Indigenous people lived on berries, wild fruits and roots, wallabies and possums. However, Aboriginals did not survive long after the arrival of the white man in the area. The reasons given for their disappearance are disease and a supposition that they migrated to the Penrith and Mulgoa areas to escape white civilisation. Aboriginals are believed to have been in the area until the late 1800s and they have left behind a rich and extensive evidence of their occupation. In the early days many Aboriginal artefacts, such as grinding stones and spears were found in the area. 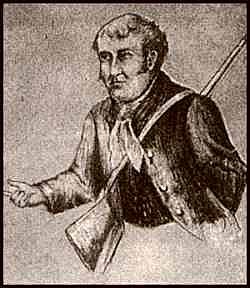 European settlement was slow as the Mountains presented an impenetrable barrier for many years. Several explorers made attempts to find a way over the Mountains but it was not until 1813 when Gregory Blaxland, William Charles Wentworth and William Lawson and their party were able to find a route across this barrier, that the Mountains were conquered. These three men were soon followed by George William Evans who in 1813/14 surveyed the route of the road that William Cox and his gang of convicts was to build in 1814.

Blaxland is the site of one of the first land grants on the Mountains. Promise of this land grant was given to Barnett Levey, a free immigrant Jew, in 1825. The land grant comprised 640 acres. An additional 320 acres in 1825 increased the total to 960 acres.

Barnett Levey built an inn on his first grant and called it Pilgrim Inn. The ruins can be seen today behind the McDonalds Family Restaurant. In 1830 another inn was built on his second grant and it was also called Pilgrim Inn. The first Pilgrim Inn was burnt down in the bushfires of 1968. By 1838 the second inn was renamed the Late Lord Byron and continued trading under that name until 1842 when the licence ceased to operate. This building became Blaxland's first general store, and Post Office. It was demolished in about 1913 to make way for the railway deviation of 1914. Pilgrim Inn continued to operate as an Inn until 1852, the date of the last licence which was held by John Outrim Wascoe. Wascoe bought the Inn in 1857. In 1869 the Inn was advertised for sale and in 1873 was bought by William Deane, a Solicitor in Sydney. It was William's grandson William Deane who was still living in Pilgrim Inn when it was destroyed by the bushfires of 1968. Blaxland was once called Wascoe but was changed in 1914 when the name of the Post Office was changed from Wascoe to Blaxland.

In 1867 the railway line was extended from Penrith to Katoomba and a small timber platform was built near to the Pilgrim Inn for the benefit of holiday makers. The station was called Wascoe after the last Licensee of the Inn. This railway line came up on what is now the Great Western Highway from Glenbrook to Blaxland. The concrete island station and brick station building in existence now were erected in 1902 and are a little further west than the original station. The railway line deviation was built in 1914.

The first road over the Mountains was Cox's Road in 1814. This was followed by The Old Bathurst Road (Zig-Zag Road), built in 1824. This road was intended to be an improvement on Cox's Road which became very slippery when wet, but the bends on the new road were very difficult for the wagons to negotiate and Thomas Mitchell's Pass Road was built in 1834. Mitchell's Pass Road was the main road west until the Great Western Highway was built in 1926.

Blaxland's history is an important part of the history of the Blue Mountains. The town has now become a thriving community with churches, a shopping centre, community groups, Library, children's play centres, Bushfire Brigade, Chamber of Commerce and an Industrial area. The population in the 2016 census was 7,451.

There are many historic sites that have survived in Blaxland, although almost the entire original shopping complex has disappeared. Records do however, remain and will in the future provide the material for a book on the history of Blaxland.

The ruins behind McDonald's are not just ruins but they are a reminder of the beginning of the town of Blaxland and the story behind Pilgrim Inn and its origins portray a way of life that we shall never see again, but which are a very important part of the heritage of Blaxland.